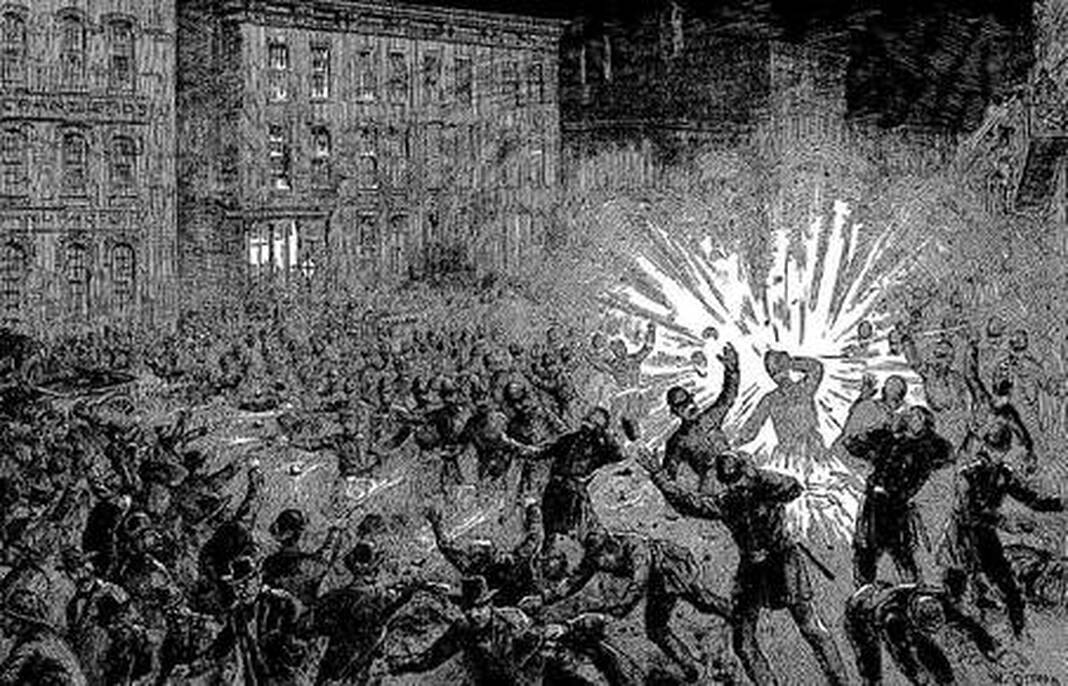 ​In Chicago, labor leaders were rounded up, houses were entered without search warrants and union newspapers were closed down. Eventually eight men, representing a cross section of the labor movement were selected to be tried.
​
Passages from The Story of the Haymarket Affair by Willian J. Adelman, essay available in full in “The Day Will Come” booklet
​ 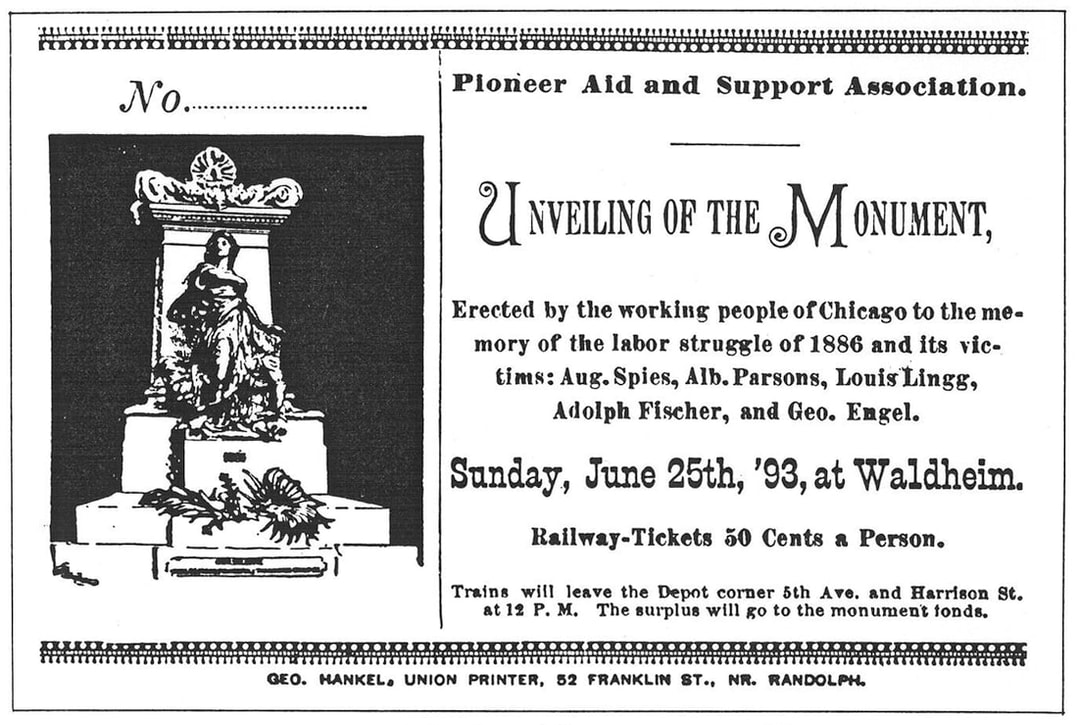 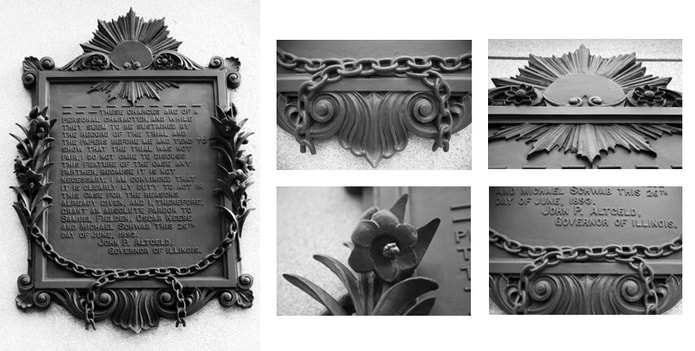 On the back of the monument are listed the names of the men buried below. The original was stolen, but the replacement was installed in 2017. The ornate bronze plaque, shown above, contains text of the pardon that was later issued by Illinois governor John Peter Altgeld. 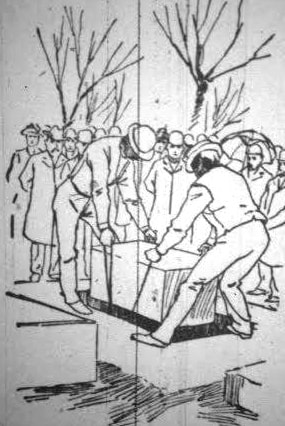 ​
Mark Rogovin, a Forest Park resident and labor historian, and Bleue Benton, an Oak Park Public Library research librarian, first found mention of the capsule in a Chicago Tribune article from Nov. 7, 1892. It describes a capsule being ceremonially buried under the cornerstone of the monument. (Image from Chicago Morning News Record, November 7, 1892)

The Pioneer Aid and Support Association listed the contents of the capsule within the article. They included mention of articles from Chicago newspapers from the Haymarket era. There was also a long list of documents from a variety of labor unions, including Beer Brewers Union No. 18, the Progressive Cigar Makers Union 160, and the Ladies Tailor Union. Reportedly, there are also documents from the Socialist Men's Choir, the German Ladies Society and other labor organizations.
The time capsule also includes more personal items such as letters penned by the martyrs and their family photographs. Lastly, there is a large collection of court documents from the "Great Trial of the Anarchists in 1886." These documents were interred with the intention of being remembered for their historic significance by future generations.
When Rogovin learned of the capsule's existence, he contacted archeologists in the area and organized an effort to discover its location. Using ground penetrating radar and cemetery records the location of the time capsule was determined. Dr. Rebecca Graff, a professor and fellow at Lake Forest College, led the effort with thirteen students from Lake Forest and seven from De Paul on October 1st and 2nd 2016. The students sifted through layers of dirt despite the pouring rain.
The first item unearthed was believed to be the urn vault holding the remains of Oscar Neebe, one of the individuals pardoned. He passed away around thirty years after the trial, in 1916. The urn was resting atop the cylinder, which was largely believed to be the time capsule. After the cylinder was removed, it was X-rayed. Interestingly enough, the x-rays show what appears to be a metal urn, and not the time capsule. Now, we are all left wondering, who rests within the metal urn? And where does the real time capsule reside?

Join us on a tour