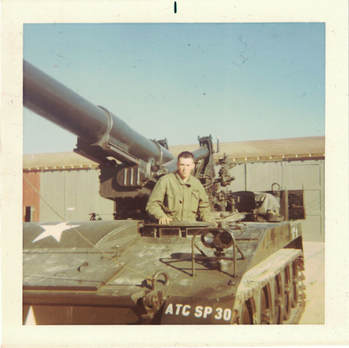 Mike was born February 16, 1950 and has spent three quarters of his life living in Forest Park. He comes from a long lineage of family who have served in the Navy which included his father, his uncles and his brothers. One uncle was killed in WWII when his plan was shot down in Germany. Mike was drafted at the age of 19 and served in the U.S Army and was deployed to Vietnam. He was always interested in the Army because a close friend, a Marine, was killed in Vietnam near the DMZ. Badly wanting to set foot on the location where his friend was killed, Mike learned that he could do this if he became a member of the Army’s 101st airborne. He got his wish and did set foot on that hill where he was able to receive a sense of peace regarding his friend’s death. For specialized training, Mike was sent to the big artillery school in Ft. Sill, OK where he was trained to operate 105 and 155 Howitzers. In Vietnam, Mike ran a mortar platoon and received a Bronze Star for actions involved in fire support for infantry troops. He also received a Letter of Commendation for his diligent work as Mortar Section Chief and as section chief in the transportation and ammunition platoon. Although Mike lost friends in combat from incoming mortar attacks, he was able to escape without injuries. To this day, Mike still thinks about the friends he lost. As a Vietnam Veteran, Mike still continues to recall his first days there when he witnessed the battered condition of the troops he was replacing. He speaks eloquently to the lack of psychological and emotional care for Vietnam Veterans and is happy to see younger veterans having opportunities to receive the care they need. Mike credits his military training for his strong work ethic as he believes it provided the internal discipline that has supported his careful attention to his work over the years. Mike remains connected to a number of friends he served with in Vietnam and agrees that those bonds hold life-long ties.
​

A SENSE OF GUIDANCE AND PROTECTION IN COMBAT

​ “...when our plane landed in Vietnam as we hit the runway what I remember is the pilot announcing over the speaker system, “Take your last breath of clean fresh air..
I could still see the looks on these young soldiers faces, and what they were going through ...you could just see they went through hell. Just their uniforms were all raggedy, old and beat up and worn out, and we all have brand new uniforms on and I’ll never forget that!
I remember when it was my turn, seeing the young kids off...Those sights in my head will be with me forever. I can still see them like it was yesterday.” 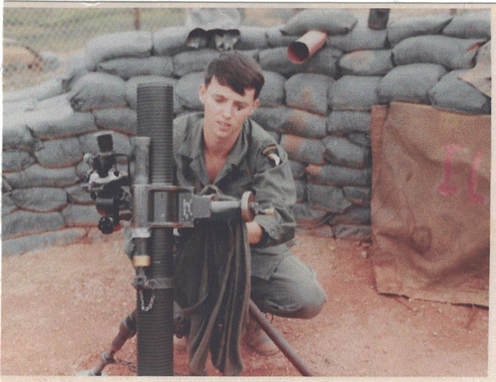 Served on multiple firebases and ran a mortar platoon
"That was quite a job because if you had wet powder, the rounds would not go the distance they were supposed to, so you would have a short round and during Monsoon seasons, it was very tough to fire those mortars.”