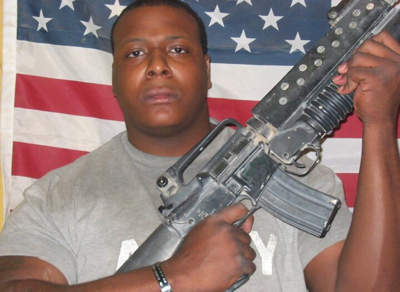 Raphael is a current resident of Forest Park. He was born March 6, 1980 and is originally from Chicago. Raphael has had a 19-year career in the U.S. Army and currently serves in the National Guard as a reservist. Although Raphael was offered two scholarships upon graduating from high school, he was not sure what he wanted to do in with his life, so he decided to volunteer for military service. He hoped the military would help clarify his passions and interests and allow him to see the world. Raphael chose to serve in the U.S. Army to follow his older brother and uncle. He was initially recruited by the U.S. Air Force for their basketball team, but he felt the Air Force would not offer him the level of discipline he sought and felt that Marines would offer him too much; therefore, the Army was his choice. In 1998, Fort Stewart, GA, Raphael joined the military as a cook and did not want anything to do with war. Despite his early sentiments, Raphael served as a specialist in two active combats, Operation Iraqi Freedom and Operation Enduring Freedom in Iraq and Kuwait. The total time of his deployments was 18 months. When his tour in Operation Iraqi Freedom ended, Raphael returned home on September 10, 2001 only to wake up the next morning to the Twin Tower attack. After being home for six months, Raphael missed the military and rejoined as a legal clerk in 2002, but he was quickly sent to Iraq under Operation Enduring Freedom where he worked three separate jobs as a cook, as a logistics operator where he managed emergency medivac operations, and on convoys with armed defensive support. Raphael cherishes the lifelong friendships made in the military and values his military service as the best decision of his life. He is married to Patricia Salazar, a Marine veteran.

SERVED AS A SPECIALIST IN TWO ACTIVE COMBATS

“When you first get to Iraq, everything is new…Everything is different than your norm…everybody in this country wants to kill you. So, you get there and initially everything scares you…A car drives too close to you; you’re ready to kill them.

​After about…two weeks it starts to lessen, by two months… you just flat out don’t give a f@#$...a person can only be scared for so long before that reflex kind of just doesn’t work.

…if someone was to jump behind a wall and say, “Boo!” they might get you the first time. The second time, you might jump a little bit, but the tenth or eleventh time, it’s just like –this is getting old. Like, you’re really not scaring me now. If we’re going to do it, let’s get on with it. ”That’s kind of how it is for most people in a combat zone for that amount of time.”
​

“For us guys who were returning, we kind of came back with our own glow. We just had a glow and an aura around us like, I just made it through a war, so you’re truly not telling me anything right now. We had wind in our sails so we were pretty good. We were pretty good.”
​

​BONDS AMONG HIS BAND OF BROTHERS 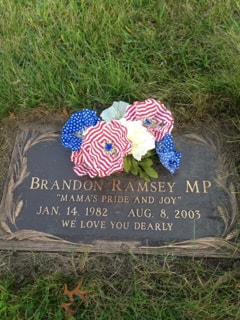 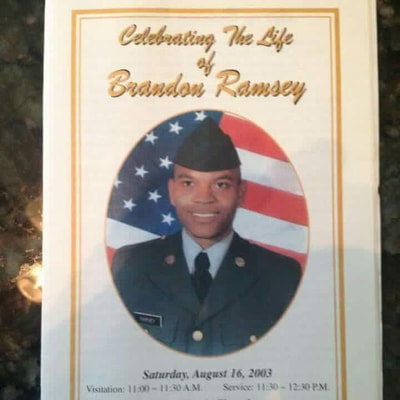 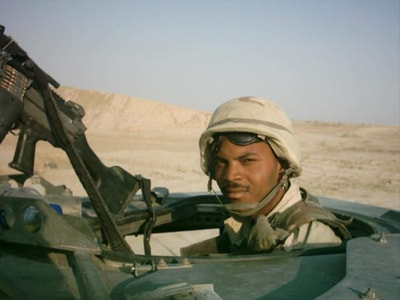 ​REFLECTIONS ON HIS DECISION TO SERVE