History of The Historical Society 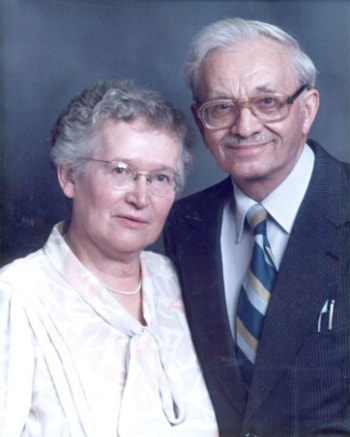 The Village we now call Forest Park has a long and fascinating history, going back to 1856, but it wasn't until 1975 that anyone thought we needed our own Historical Society to collect and preserve and share it. Dr. Frank Orland –a respected dentist, teacher and researcher—was a visionary, and a man who dearly loved his home town. "Everybody has a story", he was fond of saying, and he made it his mission to give our rich tapestry of stories the attention they deserve.


Dr. Orland—who will always be remembered in his chosen field as an early and important proponent of fluoridation—taught for many years at the University of Chicago. He brought his skills as an educator and advocate to the task of creating a Historical Society from scratch. He was not a professional historian, but he was drawn to Forest Park's unique and thrilling heritage—from the bright lights of a long-forgotten amusement park to the heroic deeds of the labor leaders and agitators now buried in Forest Home Cemetery.
As the first President of the Historical Society, Dr. Orland brought people together as Forest Parkers. He put together a Board of Directors. He organized tours of Forest Home cemetery. He collected treasures and artifacts and got them displayed in our library. He kept the historical society moving forward, despite a slim budget, a small membership, and no permanent home for an ever-growing collection.

Dr. Orland died in 2000, and it took a long time for the Historical Society to recover.  With no permanent home for the collection, Dr. Orland's successor as President, Rich Vitton moved the Society's collection to his own basement. He graciously spent his own money to keep the collection safe but lacked the resources and ability to ensure the collection was seen.

The absence of the Historical Society as a part of the community was felt by many.  Citizens went to the Mayor, Anthony Calderone, asking for his assistance in pulling the historical society out of one man's basement, and within reach of everybody. To his credit, the Mayor reached out to the community—and with his active encouragement, a new board was created, and the Historical Society was back in business.

It should be no surprise that the new board, under the leadership of new President Augie Aleksy, was focused on two objectives: to put the Society on a more stable, professional footing and to find a permanent home for its collection. Never again would the society consist of some boxes, however carefully stored, in someone's basement. Never again should it lose sight of its mission to be an active part of the community.
Augie—the owner of an acclaimed Forest Park book store devoted in part to history, Centuries and Sleuths—was an ideal choice to get the Society on its feet again.

Under Augie's leadership, the Society sought to hire an Executive Director who could focus on the things the Society needed to thrive, and to find a permanent home. And so, it hired Diane Hansen Grah as its first (part-time) director, however skimpily paid.
During this time, the Society came up with innovative ideas for fund-raising, like the Des Plaines River Anthology—a book devoted to the stories of the varied souls buried in Forest Home, and the board game Forest Park-opoly. It gave renewed attention to creating fun, participatory events for the public.
Despite the creative energy on display, the search for a permanent home was a bit tougher; a permanent home remained elusive.

The Society was able to secure space in Saint Peter's church—and was even offered a chance to buy the church when the aging and dwindling congregation was forced to sell—but the society lacked the resources to take advantage of the offer. St. Peters generously donated $16,000 of the proceeds from the church's sale to the Historical Society, with the express instruction that it be used towards the purchase of a new home.
The need for a home seemed even more pressing when the new congregation, Mount Moriah, felt it could no longer provide space to the Society.
The Village kindly stepped in, providing desperately needed storage and office space in a building partially utilized by the police department, on the corner of Adams and Des Plaines. Tim Gillian, the Village Administrator, generously chipped in to rehab the space. But it was not handicapped-accessible, and not suitable for purposes beyond storage and office space, however much-appreciated.

Another aging, dwindling congregation eventually offered museum space in their church. And First United, like Saint Peter before them, felt the need to sell a church they could no longer afford to keep up. This time, the Society had the funds to take them up on the offer, allowing the congregation to also remain as long as they were a congregation. Unfortunately, structural flaws with the building—including a leaky roof—made the building unrentable to other tenants. And co-habiting with a congregation used to doing things their own way proved harder in practice than imagined. So, by mutual agreement the congregation and the Society parted ways.

Prior to the negotiations with First United, Bob Cox, a former Proviso School Board member, briefly took over the reins of President from Augie Aleksy. His devotion to the Historical Society was unquestionable. However, his own vision was for a completely volunteer board, with no paid director, a position at odds with veteran members of the Board.  Ultimately the Board decided that it needed an Executive Director to move forward with its mission.
Jerry Lordan, deeply respected in Forest Park both as a former principal at Saint Bernardine's school, and a long-time Forest Park booster, took over for Mr. Cox as President. With a new board in place. Jerry's tenure was productive, as the Board continued to extend its reach into the community. He shepherded the Society through the difficult times of being a building owner and landlord, and gracefully eased the Society out of that unworkable agreement. The Society is better and better-focused because of his tireless efforts.  "We study the past", Jerry constantly reminds us "so we can understand our present so we can shape our future".

The search for a permanent home having proven quixotic, the Society has changed its immediate goal to making sure we are a visible and active part of the community. The Society displays its treasures in village Hall, and other Village properties, and devotes all of its attention to creating fun and educational events for you.

Our current leadership consists of Theresa Steinbach, who took over for Jerry when he stepped down as President, and Alexis Ellers, who stepped in as Executive Director after the resignation of Diane Grah. Terry's lifelong commitment to Forest Park, and Alexis' abilities as a researcher and archivist bode well for the future success of the Society.
​
We want to keep alive the spirit of Dr. Frank Orland's statement — "Everyone has a story". To that end, we have begun compiling the oral histories of our cherished veterans, with Board member Nancy Cavaretta tirelessly recording their voices. We want to engage the community with fun events (like our yearly pub crawl/prohibition tours), and also challenge them to not blink at the darker aspects of Forest Park's history. That's why we sponsored a showing of John Rice's short documentary "Ezra and Mike", about the racism and hate experienced by the first black couple to buy a home in Forest Park.